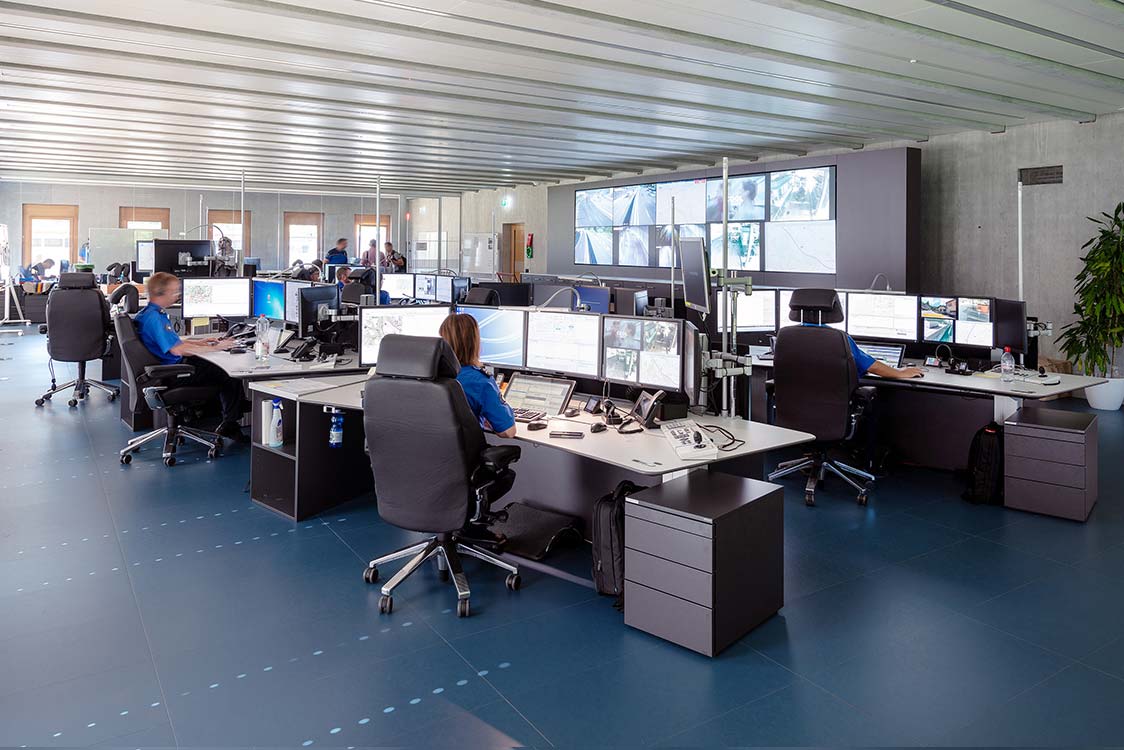 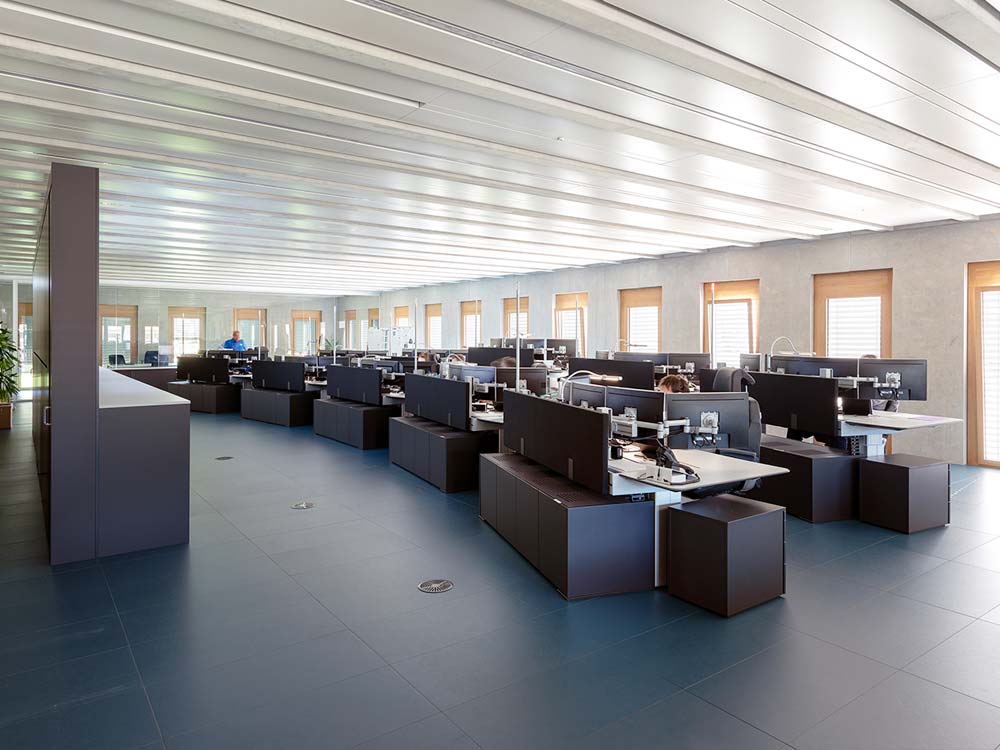 A modern purpose-built facility with the innovation of an integrated joint response centre for the Ticino Police and Border Guard, and the administrative centre for the Ticino fire service. The new canton-wide CECAL emergency response centre makes it possible to better co-ordinate the dispatch of resources for an even more rapid response in the event of emergencies. Erich Keller AG was awarded the contract to fit out the response centre with ten L-Com emergency dispatch centre workstations. These workstations are fine-tuned to the requirements of the emergency response operators.

Construction of the CECAL joint emergency response centre was funded by a total investment of over CHF 27m. The Ticino cantonal and municipal police forces and their central command posts, plus the Border Guard operations centre and its administrative services department, along with the Ticino cantonal fire service are all now housed under one roof.

United for strength
The building has the most up-to-date infrastructure available and state-of-the-art IT equipment for even more flexible, dynamic and coordinated emergency-response management, with an integrated system to support law enforcement authorities. It is the visible result of successful collaboration on various levels: The confederation as a whole and the cantons, various authorities, the cantonal police, Border Guard and fire service have worked closely together to achieve this. The population at large will benefit from feeling safer thanks to these joint efforts.

Efficient coordination of security and emergency-response measures
The cantonal police and the Border Guard dispatchers process over 400,000 calls per year. Accordingly, they need to have access to the most suitable technical equipment, so that they can give callers reliable information in emergency situations and, where necessary, to initiate and coordinate the emergency response. In this context, the cantonal police increasingly plays a central role: not just in the fight against crime, but also in other organisational areas, for instance in the coordination of large-scale events. The new system of operational management (FUELS) supports efficient coordination of interventions with the emergency services and the wider cantonal aid agencies.

In tune with the needs of emergency-response operators
An ergonomically designed workstation boosts workers’ concentration and motivation. The ten L-Com workstations stand out due to their supreme flexibility and ergonomic layout. The height of sit-stand workstations can be adjusted electronically. Built-in units can be positioned and integrated individually within easy reach. The desks and the integrated screen mountings guarantee highest stability. The desks’ substructure offers sufficient space to accommodate all the technological components. They are thus ideally suited to 24/7 use.