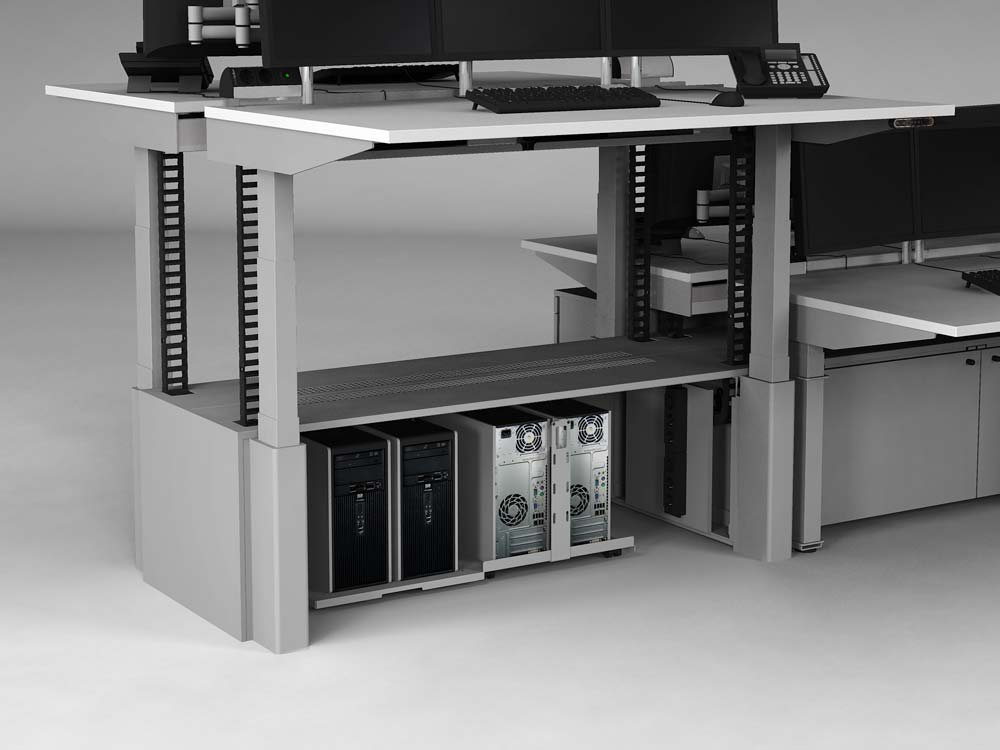 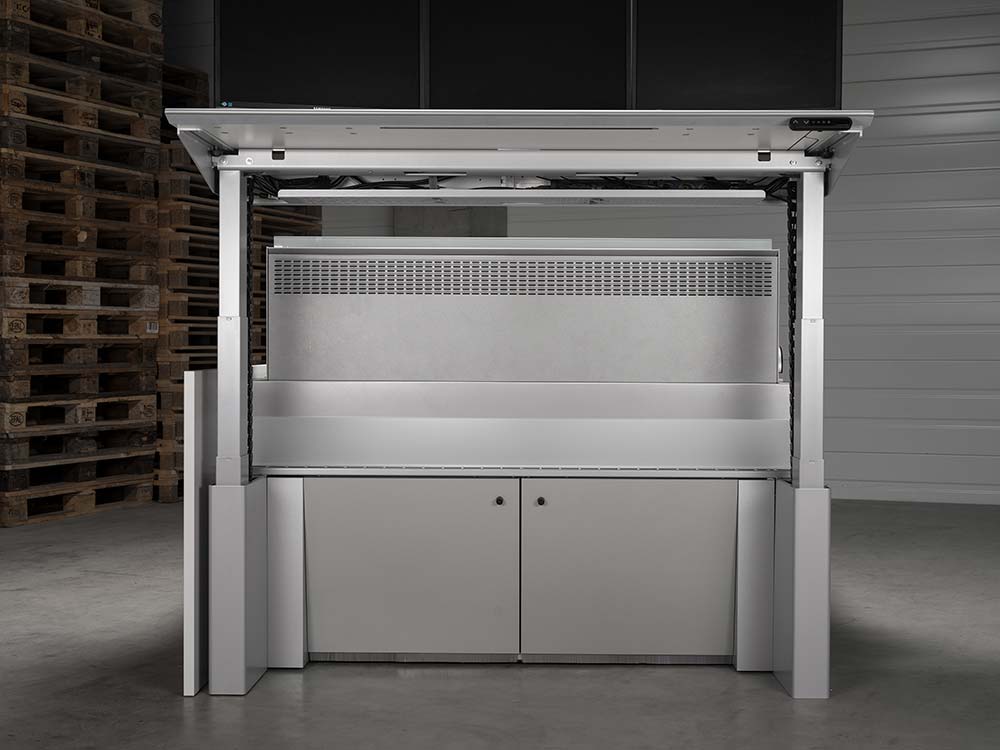 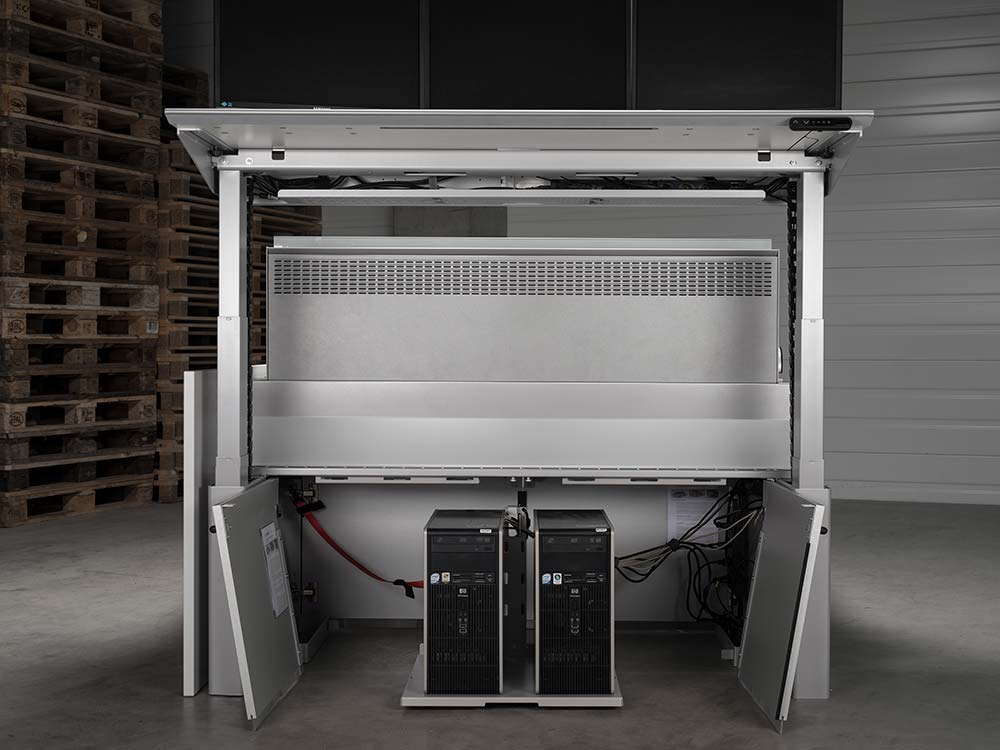 “plug and play” on the trading floor

Back in the day, trading floors were architecturally built as such. Large halls with room heights of more than 10 m, few glass façades and raised floors that could easily have been used as an underground car park. Several cooling systems were often installed in the floor and/or ceiling of these rooms and a lack of fresh air was never an issue. And today? Today, normal areas in large offices are rented for the trading floors and equipped with as many traders’ desks as possible. However, these rooms are not at all prepared for the requirements of a trading floor. The very high workplace density with large numbers of IT and telecommunications components as well as high heat loads and the insufficient cooling capacities of the existing cooling systems primarily force an upgrade of the room air conditioning. Experience has shown that it makes no difference whether the computers are located directly in the trader’s desk or remotely in a separate room. Then there’s the fact that today’s modern office buildings are predominantly equipped with very large windows and the existing indoor climate systems are designed either only to eliminate the radiant heat from the façade and/or to control these systems only for very large room zones.

However, the low room heights with little space in the suspended ceilings and the often very small raised floors (if any) generally prevent simple adaptation of the air conditioning systems, which then results in expensive tenant fit-outs. And these costs are doubled if you take into account the often necessary dismantling of these adaptations when relocating to another building.

This effort could be significantly reduced by equipping the trader desks with integrated cooling systems, which on the one hand have sufficient cooling capacities to cool down the heat loads of the trader desks, but can also be used as room air conditioning systems. However, this is not based on conventional operating parameters, as is the case with conventional systems, but on an innovative concept that guarantees the highest energy efficiency with high cooling capacities of up to 3,000 watts. High flow temperatures of 20°C, hardly noticeable air velocities of <12 cm/sec and a very low noise level of <32 dBA characterise the desk cooling system “Cool-Top” from Erich Keller AG. Draught-free operation is guaranteed at all times. In addition, there are constant volume flows with regard to the water supply and air movement, which makes active regulation of the system and thus connection to the BMS unnecessary. “Plug and Play” is the motto for this cooling system, which is also characterised by passive self-regulation and very simple installation. The latter refers not only to the connection of the Cool-Top to the building’s water supply but also to the building technology itself. Due to the Tichelmann system integrated into the Cool-Top, only a small substation and very little piping in the floor or ceiling is required. Since we operate our system at high flow temperatures, no insulation is required for the piping, which in turn saves a great deal of cost and space. This system can also be retrofitted into existing trader desks of Erich Keller AG at any time.

With more than 12,000 installations worldwide and more than 20 years of experience, Erich Keller AG can be described as a pioneer in the field of air-conditioned workplaces. Erich Keller AG develops and produces its cooling systems and desk models in-house and also handles the installations with its own personnel. We would also like to offer you our support for your project. Let us inspire you - contact us today.