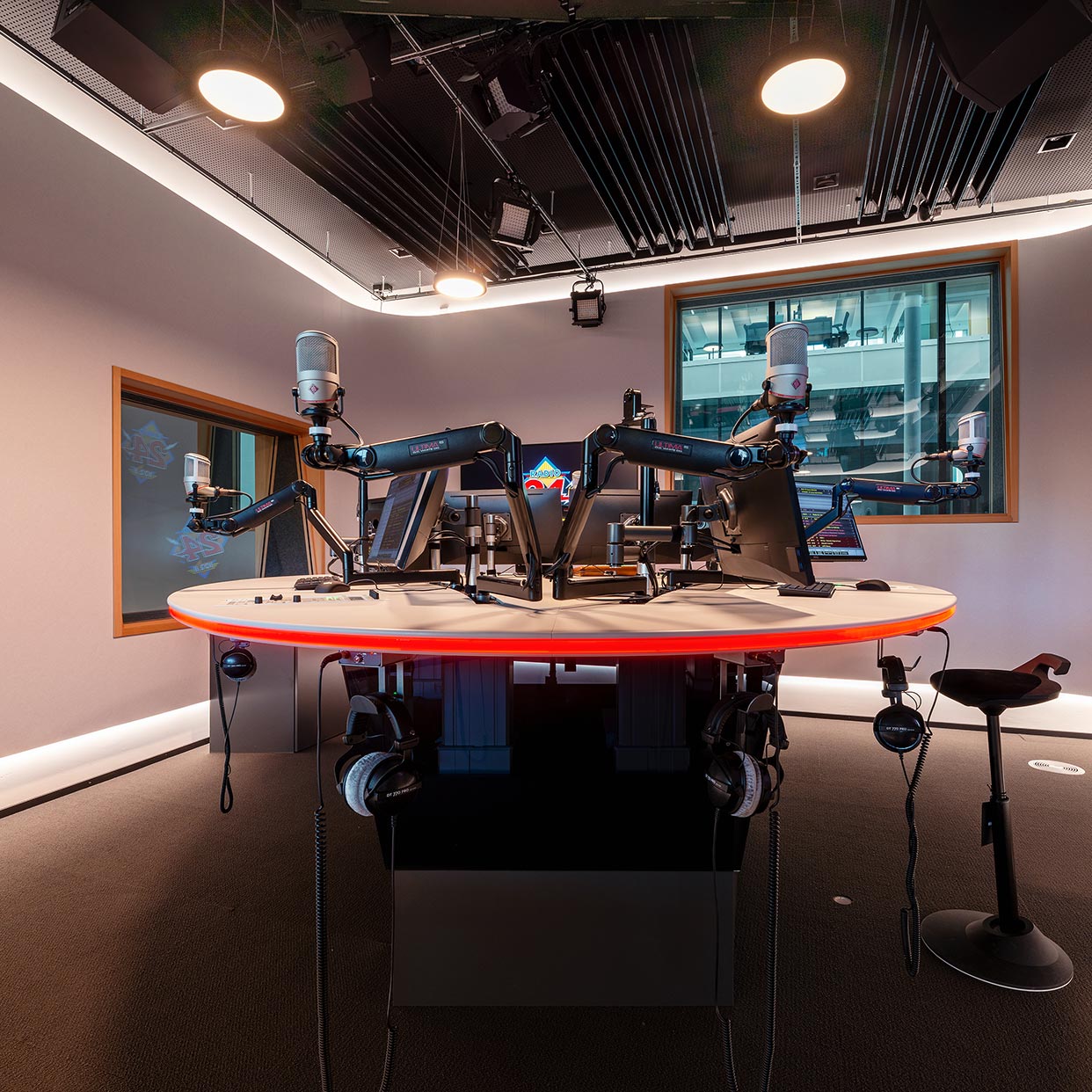 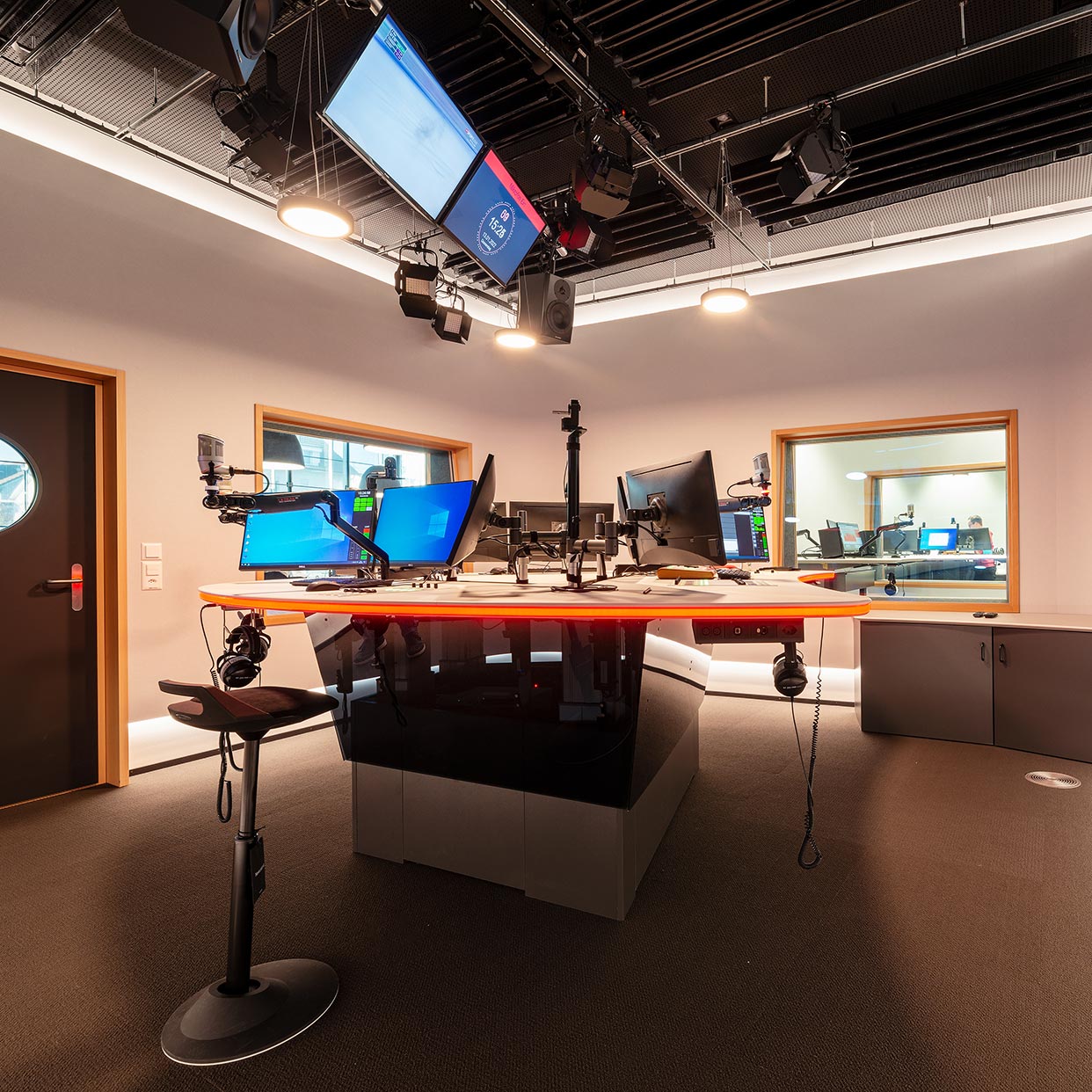 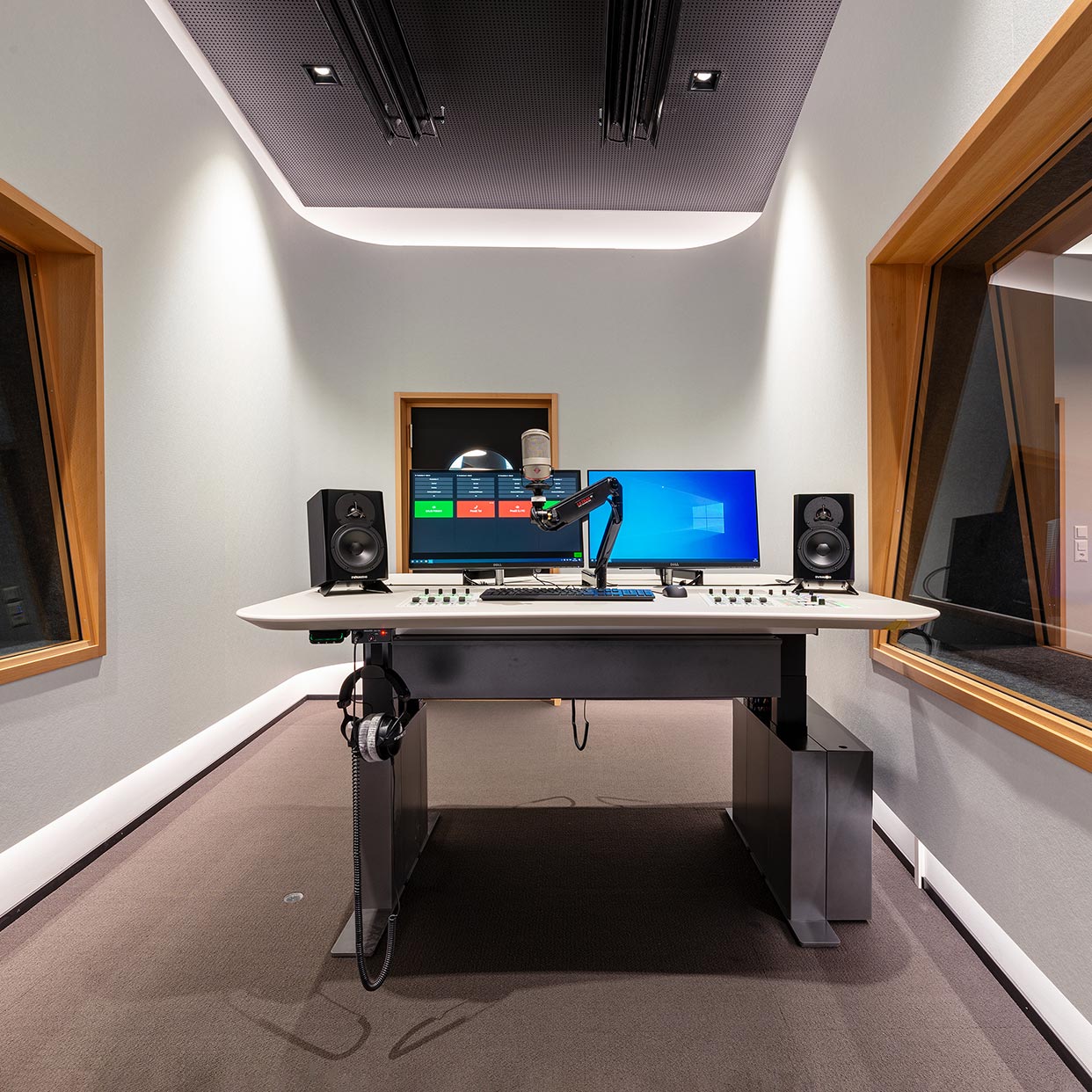 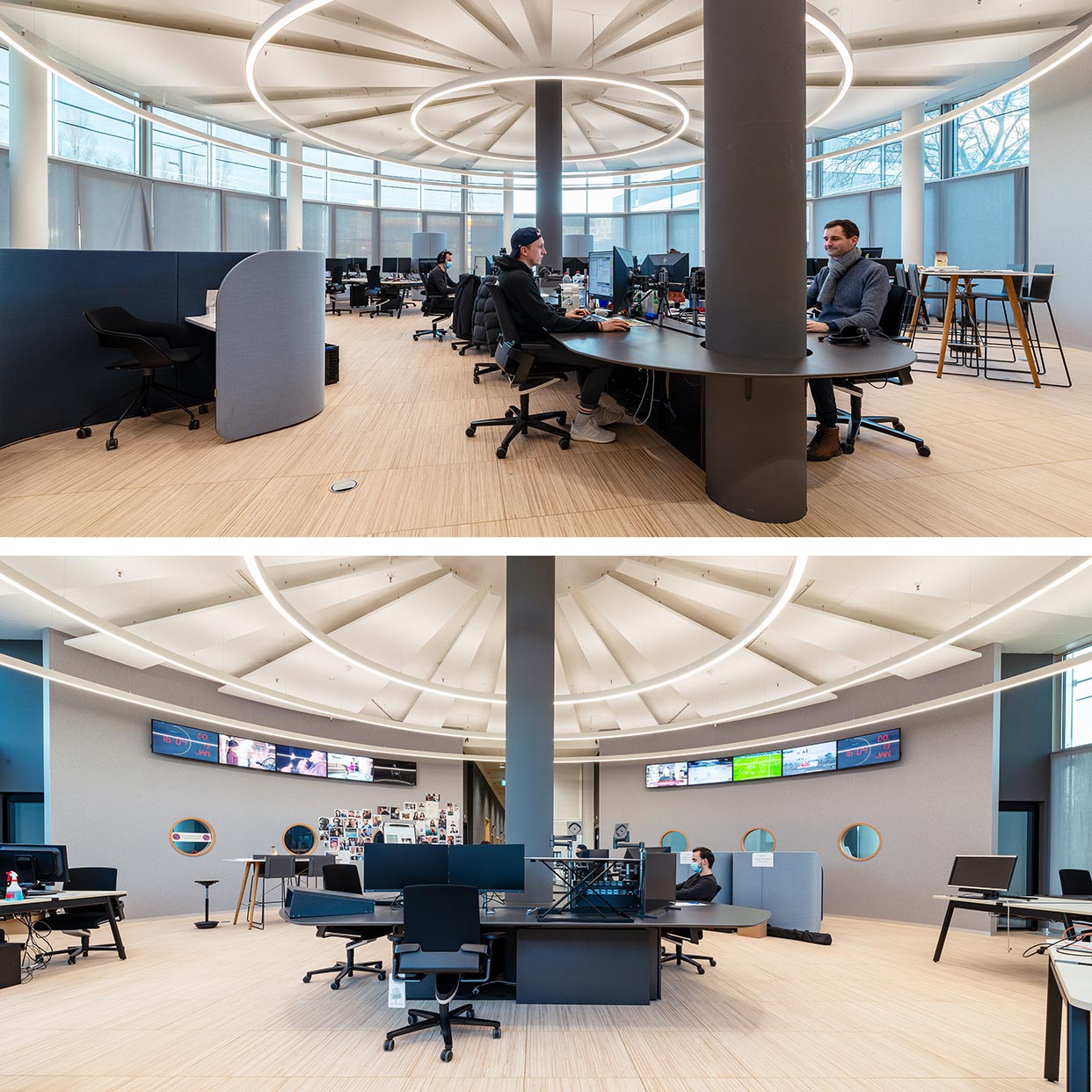 new radio and television stations for ch media in zurich-oerlikon

At the "Leonardo" site, between Zurich City and the airport, the new central production location for TeleZüri, Radio 24 and their TV and radio stations is under one roof. The entire TV and radio infrastructure was renewed during the move. Three large radio studios, two production studios with trapeze shaped floor plans, as well as two layout studios and two voice boxes, were equipped with the latest technology and with height-adjustable multimedia workstations and presentation desks from Erich Keller AG. The design and technical implementation were developed and successfully realised with SLG Broadcast AG. The newsroom now also has a custom-made news desk from Erich Keller AG. It was placed between two columns and thus fits perfectly into the modern and sophisticated layout. All components were completely prefabricated in Sulgen and then precisely installed by our assembly team.