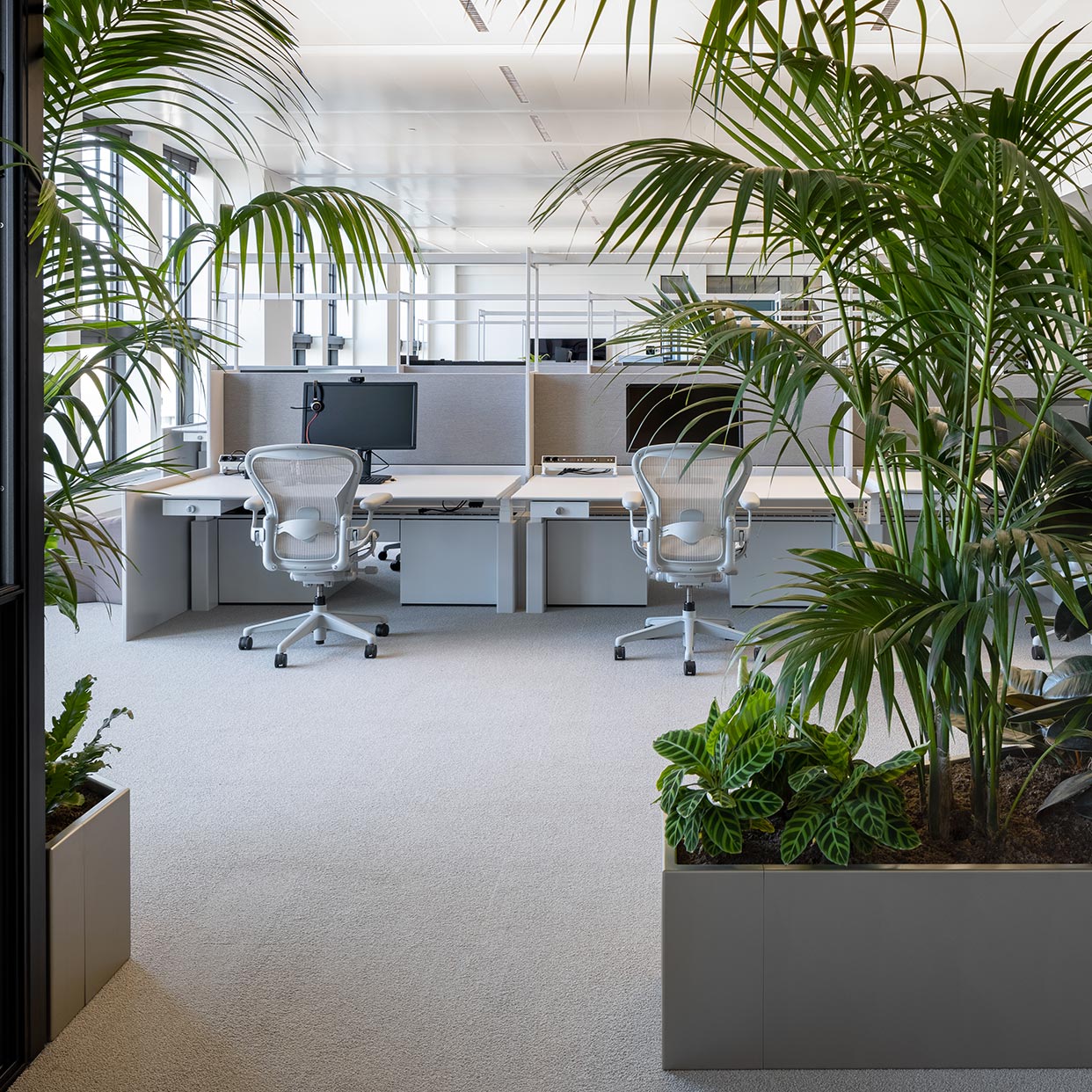 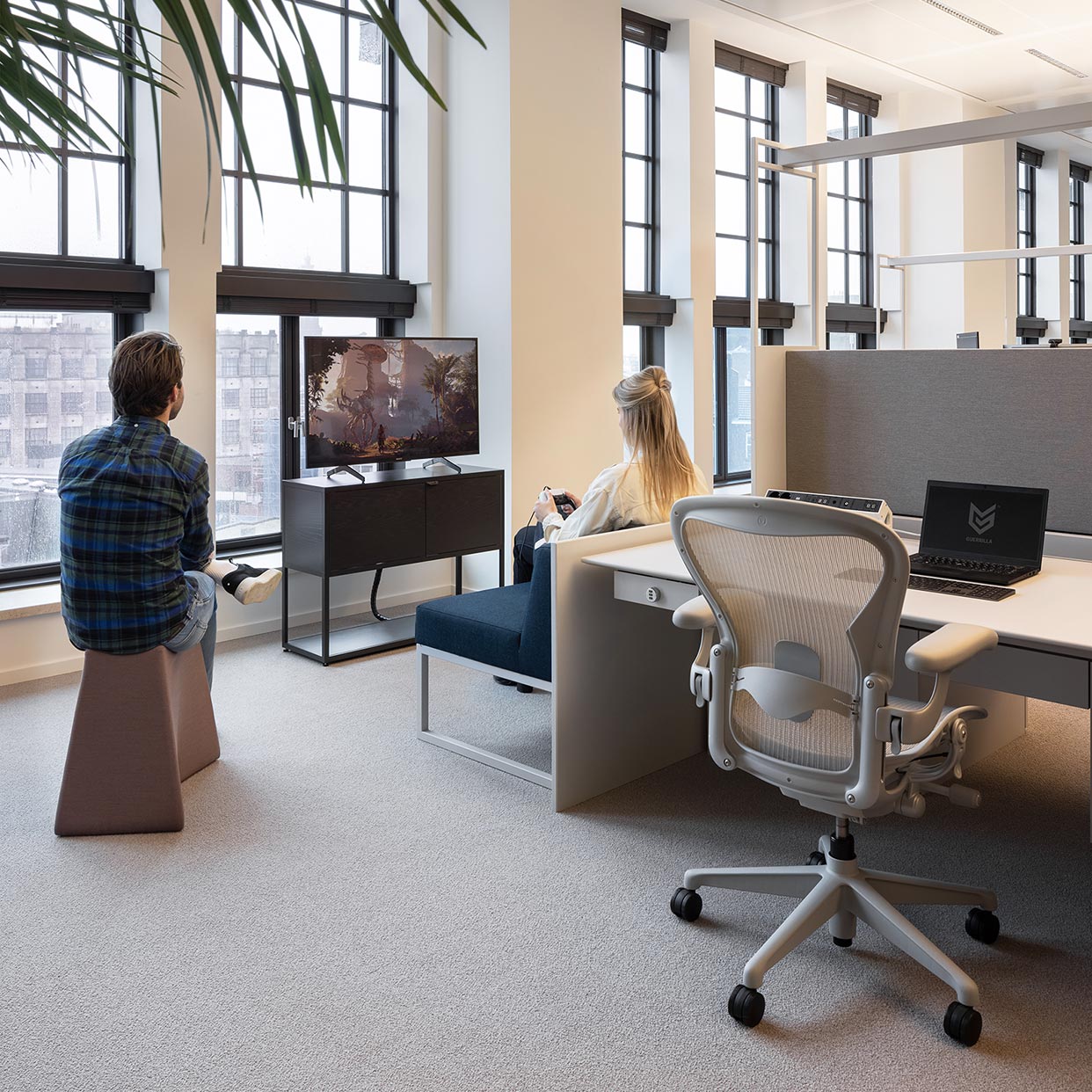 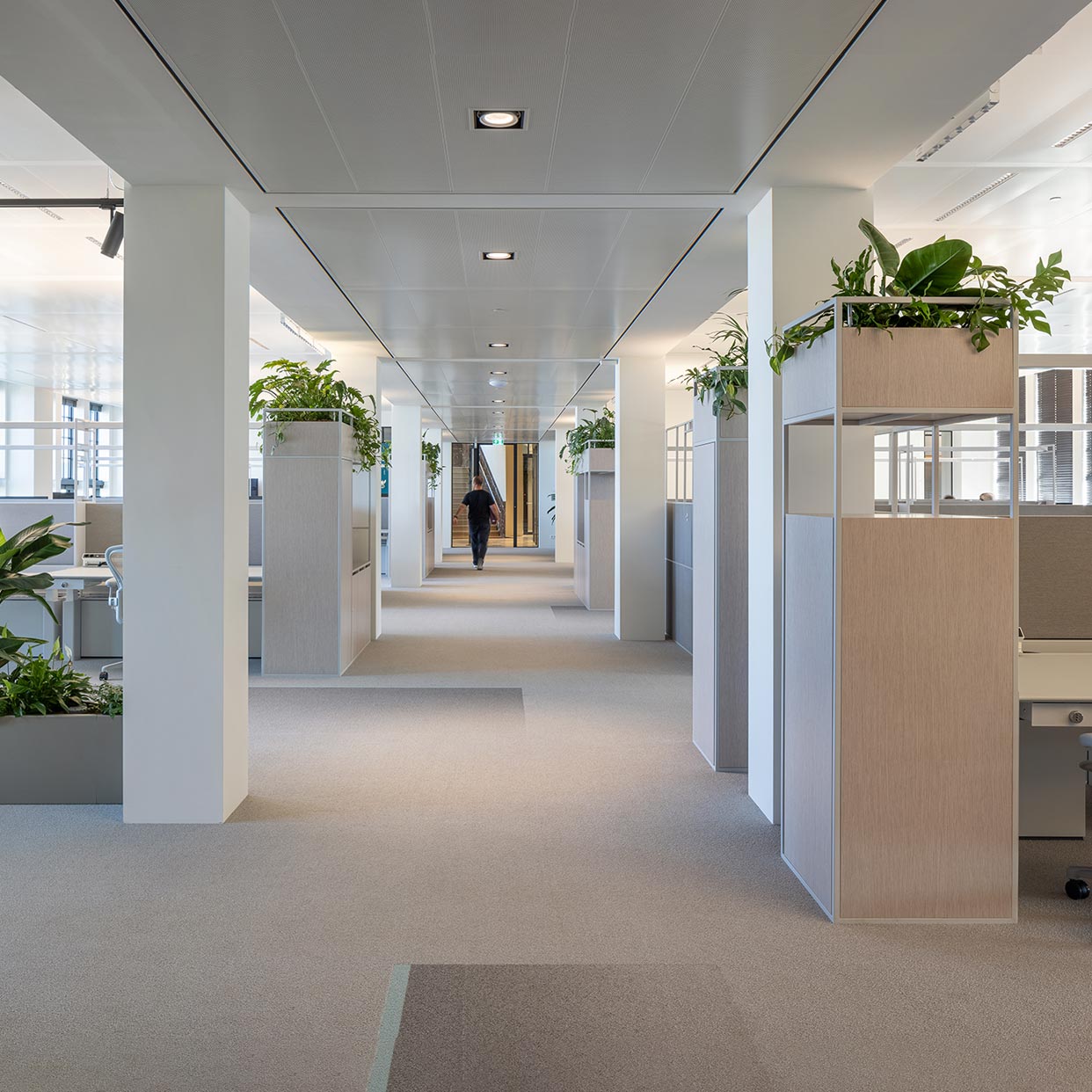 Guerrilla is one of the leading game developers in Europe and a subsidiary of Sony Interactive Entertainment Europe. The well-known game "Horizon: Zero Dawn", for example, is a creation of this studio. Each workstation has a heavy PC, a Developer-PlayStation and several screens. In addition to the equipment at the workstations, sound studios are needed for the sound, as well as Motion-Capture-Studios for the animations. All this produces a lot of heat, which in turn heats up the office space. A clear objective for the project team was therefore to get this temperature problem under control. The customized workstation with integrated cooling now eliminates the heat loads directly at the source and meets the very strict ecological guidelines so that the building can be operated in an energy-neutral manner. Over 400 cooled game developer workstations were delivered and installed on time despite the additional pandemic challenges.

Learn more about this project in the following blog post.