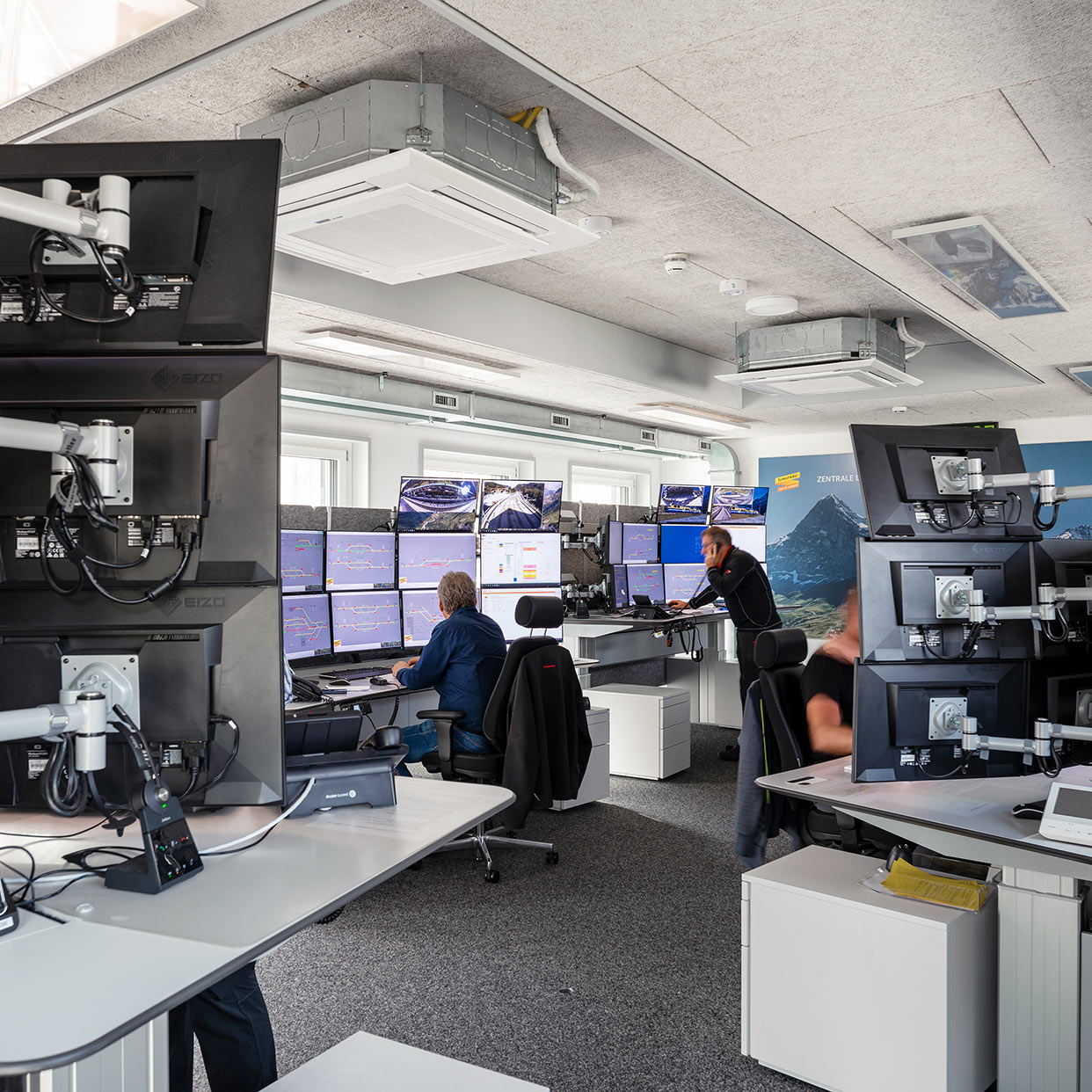 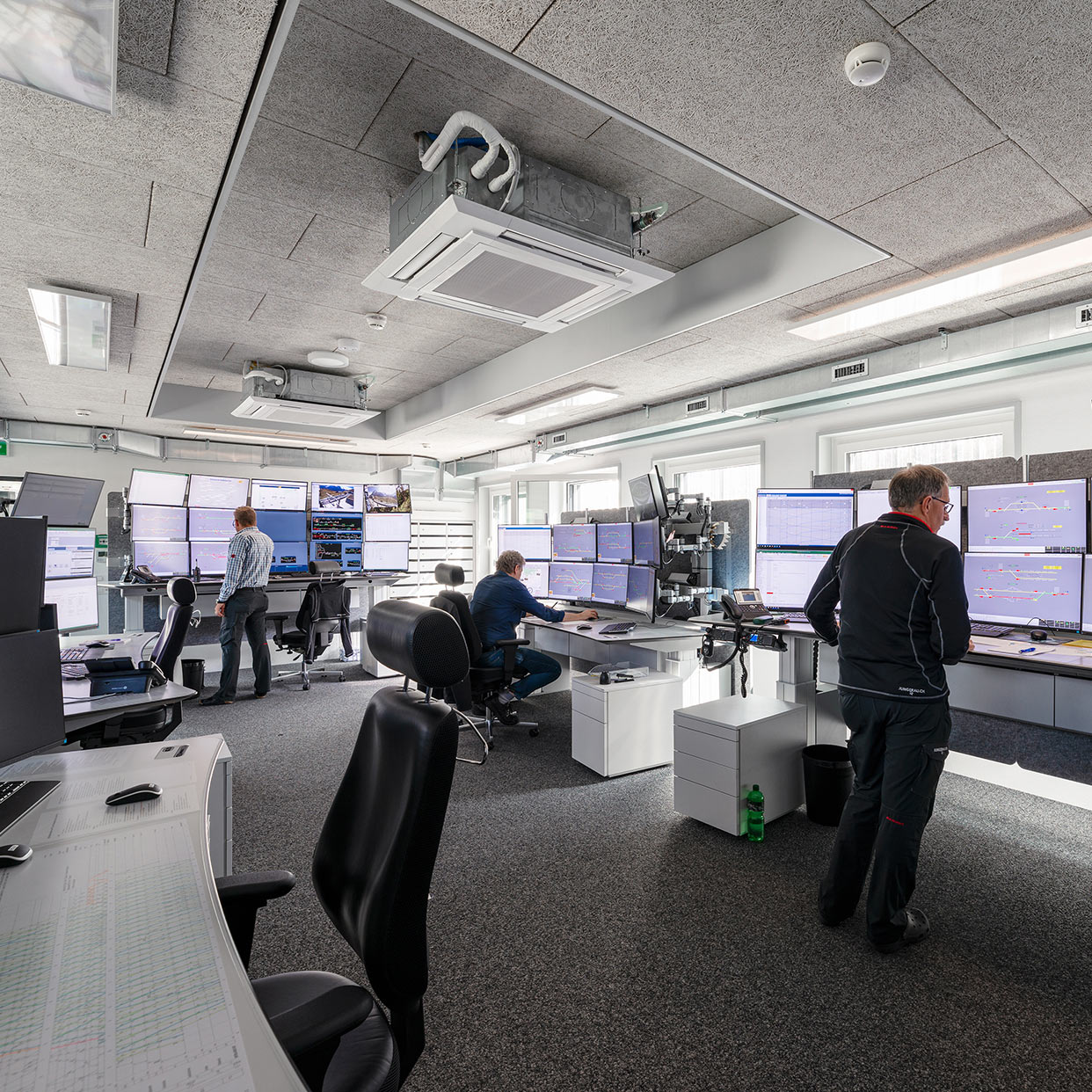 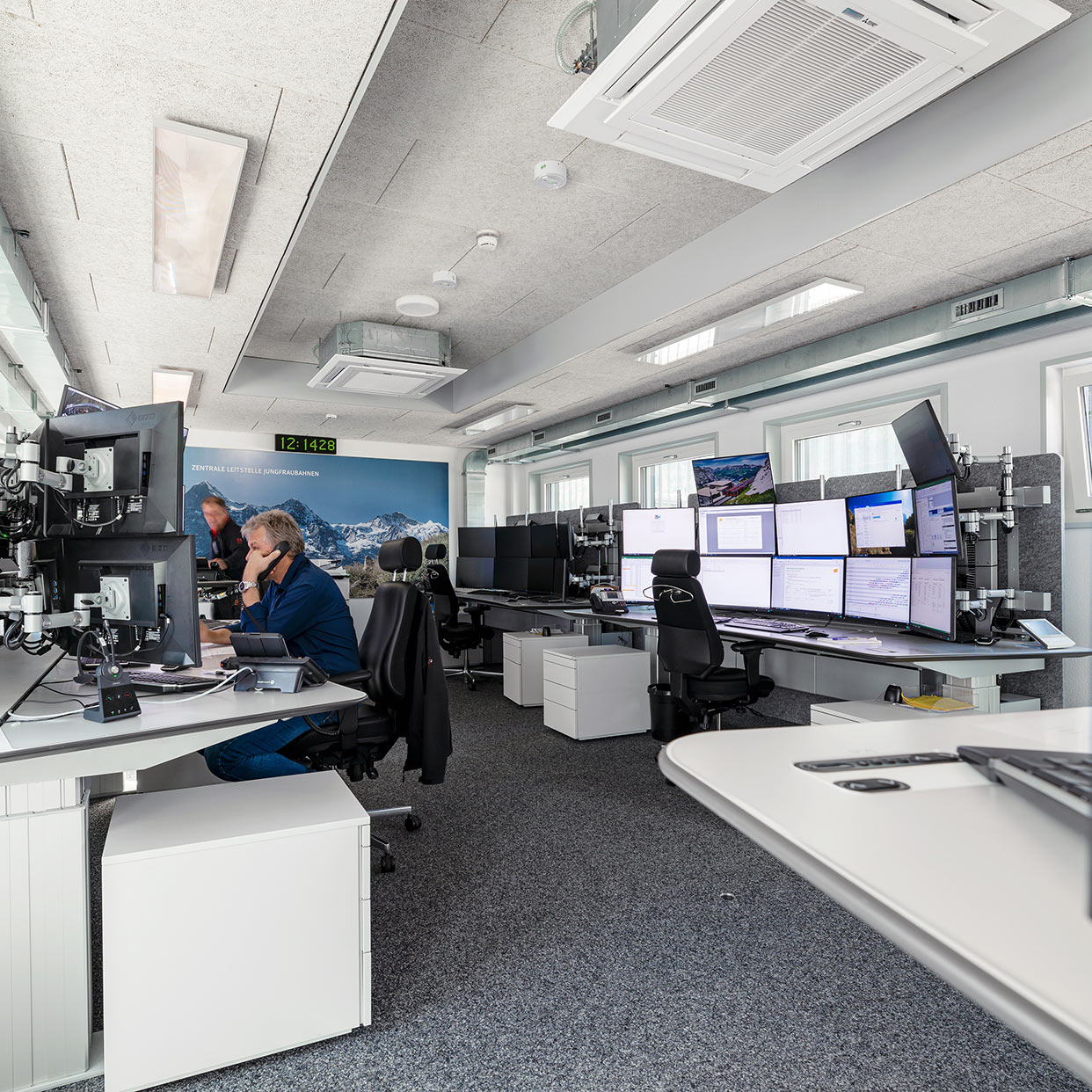 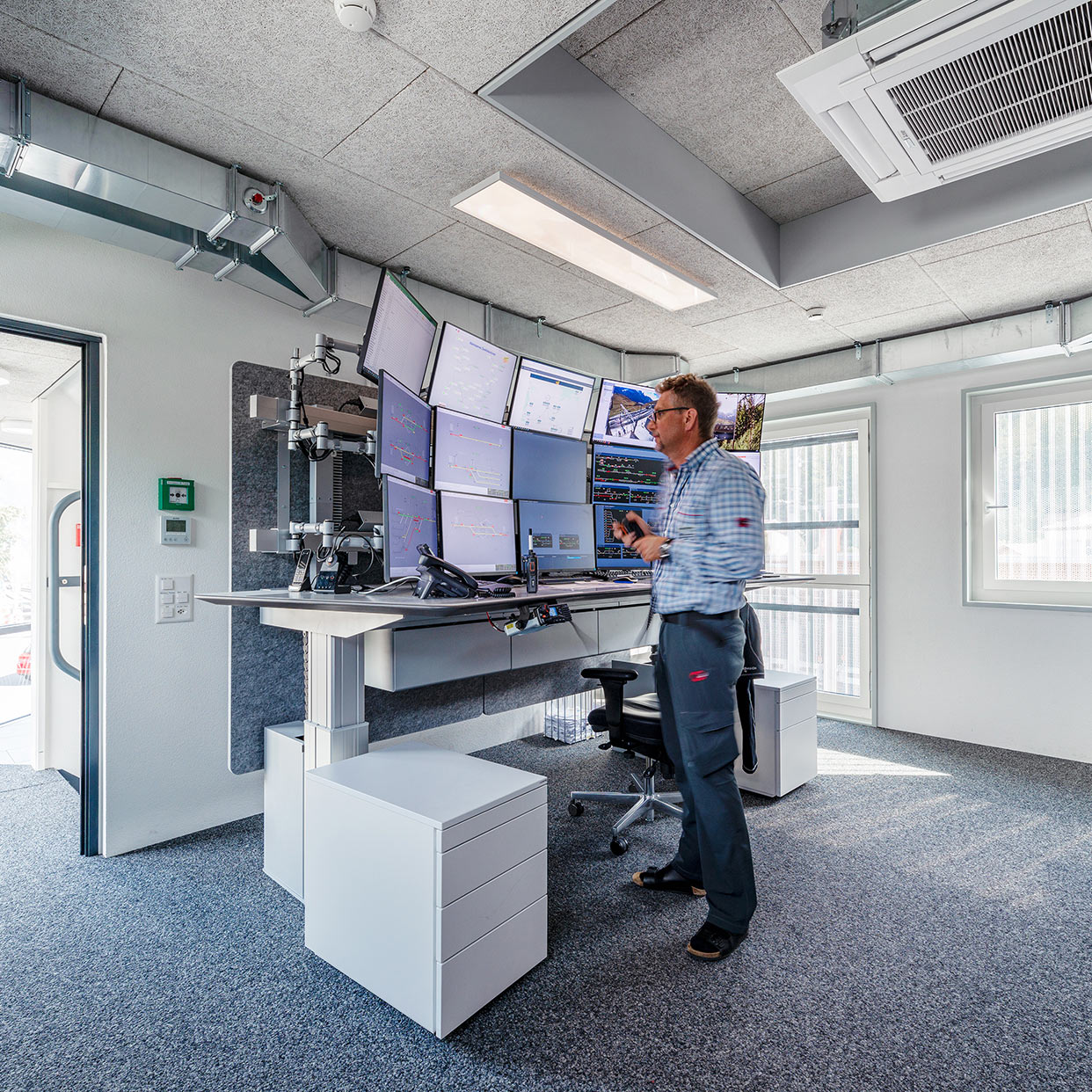 The Jungfrau Railway is an alliance between Berner Oberland-Bahnen AG and the Jungfrau Railway Group and connects Interlaken, situated in the Bernese uplands at the entrance to the Jungfrau region, with two well-known holiday and excursion destinations, Grindelwald and Lauterbrunnen (Wengen, Mürren). In 1912 the original Jungfrau Railway was opened, a pioneering feat among mountain railways. The rack railway transports guests from Kleine Scheidegg to the Jungfraujoch, the highest station in Europe. In Wilderswil, the central control station was recently put into operation; it handles rail services for the entire Jungfrau railway network. Railway traffic with various types of trains, which make the Jungfrau region an exciting experience, is monitored and coordinated from there. Five height-adjustable L-Com model control station desks are used at the central control station. For railways that travel up to an altitude of 3454 metres above sea level into a world of rock, ice and snow, rail services tasks are correspondingly demanding.